How your self-defense strategy will fail

On Monday, I encouraged you to challenge yourself when you train for self-defense. The general idea of learning how to solve problems under pressure so that you are resilient against an attacker is an important one, but sometimes it can be difficult to imagine exactly what kinds of issues might come up. Today, we’ll explore some of the specific kinds of failures that might happen. They’re especially common with the type of self-defense system that teaches you particular phrases to speak when trying to discourage someone from encroaching on your space, and specific sequences of moves to use when trying to fight off an attacker. They’ll also come up with strategies that are reduced to a few simple concepts or techniques, adages like “don’t go to the ground in a fight, and if you do, just get up.” Those kinds of suggested approaches are straightforward and comforting. As long as you are able to remember what to say or do, then it’s like casting a magic spell to ward off the bad guy. Unfortunately, it’s a little bit more complicated than that in real life.

Verbal commands, no matter how forcefully given, are ultimately just requests unless you have some way of enforcing them. The person you direct them at can choose whether or not they comply. They might do so because they are humoring you, because they’re actually convinced by you, or because they fear the consequences of not giving you what you ask for. The first relies on the other person’s goodwill, which might succeed if they didn’t realize they were doing something you didn’t want them to do. However, the very fact you’re in this uncomfortable position at all may be evidence that they are not feeling nice towards you. The second relies on you using logic that the other person can understand and agree with. If you are already in conflict, odds are pretty good that they’re not in a listening mood and certainly not charitable toward your point of view, so relying on your persuasiveness might be a lost cause. The last may not be something you can accomplish simply by repeating or explaining yourself, so you need a plan to make yourself clear. You might have to whip out “mom voice” or be even louder and more firm, posture in a way that shows you are not afraid of what trouble they could bring you, show a weapon, or even use physical force to make your point.

Hand-to-hand self-defense techniques always involve at least two people. You, the person performing them, and the other guy, who you’re doing them on. When you practice, your training partner will probably be at least somewhat cooperative so that you are able to learn how to perform and complete the move. They will generally make an effort to react as you might expect a real opponent to react. Sometimes, though, they are too cooperative and they exaggerate the reactions, leading you to expect a certain outcome so long as you do your part and sometimes if you don’t even do your part very well. The trick with actual bad guys is that they really don’t want you to succeed. They’ll do everything they can to interfere with your movements so that, for instance, your punch or kick doesn’t land or that your grab ends up empty-handed. No great skill is required to make it difficult to complete a move, especially if it’s complicated. The opponent need only introduce one confounding factor to upset the entire chain of your plans, and that can be as simple as a natural dodge or twist. They’ll also be attacking you, which will be distracting all on its own. You can’t assume that your practiced techniques and fall-back plans will work if you haven’t practiced them against someone who is trying to stop you or win over you. Then beyond that, if there’s more than one bad guy involved, everything will get even more complicated.

The reaction to even a properly applied, physically disabling technique might not slow down a bad guy as much as you think they should be. People might not immediately stop what they’re doing if they’re shot somewhere not instantly vital, and they might not double over in pain if they’re kneed in the groin or even if you manage to break a bone or dislocate a joint. Bad guys can be extremely motivated to meet their goal, and their perceptions might also be altered due to drugs, mental state, or biochemistry. Much like you can and will be able to accomplish great physical feats when you are hyped up on adrenaline or riding an endorphin high, so too can your attacker. No matter how perfectly you execute a move, you have to assume that the outcome is that your opponent is going to simply keep on doing what they were doing before you did it, possibly with more anger and aggression. It’s possible that what you have done is simply made them less effective in their attempts or started the timer until they become no longer able to act. For example, attackers can certainly fight through my favored pepper spray and can sometimes be angered that you dared use it against them. The advantage is that spraying them with the right product in the right place might pause them, distract them, and make it painful and difficult for them to see, so that it’s harder for them to grab and hit you accurately or to find you as you run away, not that they’ll necessarily give up entirely right away.

See, that’s the problem with scripted and choreographed ways of handling conflict with other people: they don’t take into account the fact that the other person might not cooperate with your vision. Whether you’re trying to draw verbal and behavioral boundaries, defending yourself against a physical attack, or something in between, the other guy gets a say in whether they’re convinced by your point of view unless and until you are able to physically force them to comply. They get to decide if they want to listen to you and agree with your request or demand. They get to decide if you can properly finish the fancy move you’re trying to complete against them. They get to decide if they want to continue attacking you after you have merely injured them. That’s why relying on only a single strategy to stay safe can be tricky, because you can’t read your attacker’s mind and you can’t control what they’ll do. 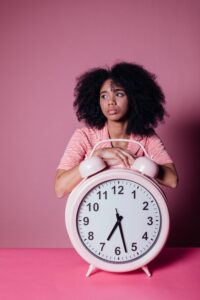 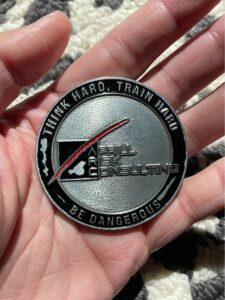 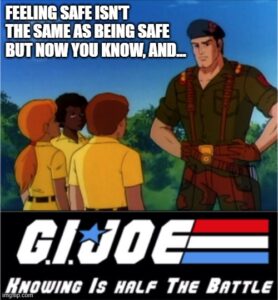